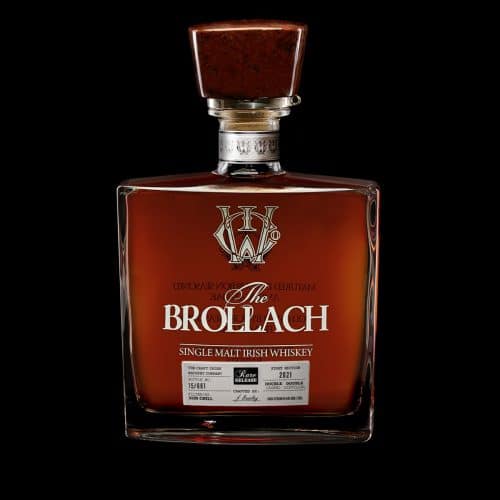 A TALE OF A LIFETIME. OF FAMILY. OF IRELAND.

Building on a tradition of handcrafted record-breaking, award-winning whiskeys, The Brollach is a whiskey of a lifetime. Born from the bond between a father and his son, it is the culmination of a search for an exceptionally rare whiskey of exquisite flavour, that would honour family, Ireland and Irish whiskey. 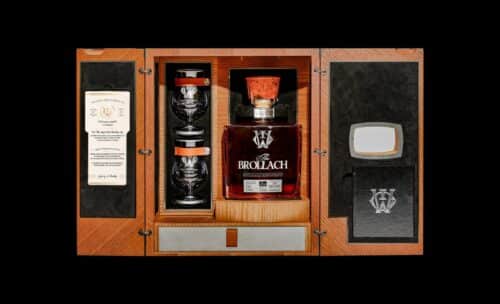 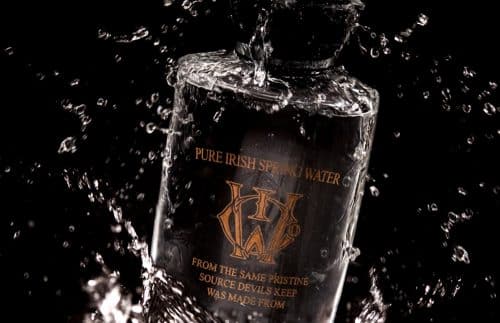 Tumbling down from the Cooley Mountains comes fresh spring water, filtered through limestone, basalt and granite. The finest Irish barley, golden with promise, interplays with the water in an intricate balance of sugar and alcohol, presenting an outstanding quality whiskey.

Intricate layers of flavour interweave with one another, just as family and history weave through each of us. Apricot and butterscotch on the nose bring to mind a velvety tarte tatin, while dark cherry adds a sour tang, melting into an intimate, intense dark chocolate. A mellow finish of caramelised banana lingers long after the first sip. 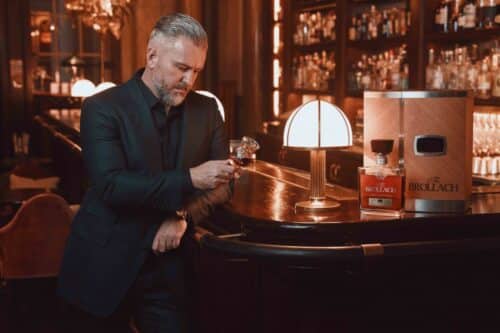 The culmination of a search for a whiskey that would honour family and the bonds that tie us to one another. 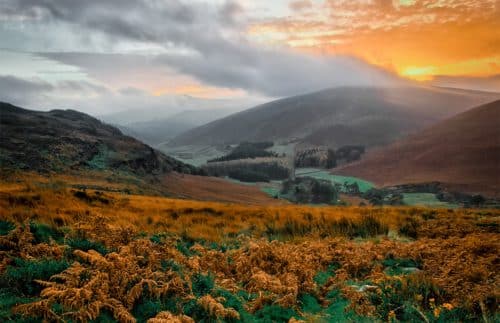 Irish whiskey’s rise, fall and rebirth is a tale of highs that reach to the dappled grey clouds cloaking the mountains, and lows that swoop down to the central plains. A tale of empire, politics, history, world conflicts and a dedication to purity and unadulterated quality.

Now on the ascendancy, it soars as if on the gentle winds that carry the crisp Atlantic airs across our emerald hills. The Brollach is a product of Irish whiskey history; born of a desire to see Irish whiskey’s reputation restored. A desire to craft a whiskey of such unparalleled quality that it would reinstate Ireland once more as the source of the world’s finest whiskeys.

The heavy grain of the natural oak draws the eye firmly to the stainless steel clasps. As if peeling away the layers of history, another box appears. The precious liquid is held securely in the determined, solid silhouette of the glass bottle that sits on an oak plinth. Finn glasses emerge from dark suede, a steel drawer conceals the anodised silver and glass pipette; perfectly engineered to deliver an optimum droplet of water, releasing the full intricacies of The Brollach’s intense flavours.

The Brollach is the ultimate homage to the most important man in my life, my father. He’s the man who inspired The Craft Irish Whiskey Co. and the man who gave me the love and appreciation for flavour and craftsmanship that runs through every one of our whiskeys.

Knowing the debt I owed to him, I wanted to create a whiskey in his name. A whiskey of two; double-distilled, double-casked, two decades old. It had to be a whiskey he would have drunk; he didn’t like the rich, robust, powerful whiskeys, preferring a taoscán of something lighter like the Green Spot Château Léoville Barton and the Bushmills 21 year old, with its Madeira finish.

So I took a 19 year old whiskey from its Bourbon cask and put it into 125l and 68l Madeira casks. I was looking for those banana bread notes that my father enjoyed so much. Using a combination of two sizes of barrels allowed me to create rich banana bread notes in the 68l, but balance this out with the lighter whiskey notes of fruit from the 125l, with a crispness he’d have loved.

Every element of The Brollach has been created with my father in mind; from the style and flavour to the Nordic Oak of the box which was a material he often used in his workshop, from the 661 bottles – the number of the house where he grew up – to the name, from O’Brollachan, the old Irish rendering of Bradley. The Brollach is the greatest homage to the greatest father.

Designing The Brollach was a privilege. To be able to listen to Jay’s stories of his father, to hear the love and pride he felt for him, was an honour but channelling that into the design of The Brollach was also a huge responsibility. Shay’s work as a craftsman lies behind every element of that design; it pays homage to his skill, his eye for detail, and the perfectionism he has passed down to Jay.

From the ancient techniques of leather and silverwork, to the raw wood of the box that charts the passage of time in its heavy grain, every encounter with The Brollach is designed to convey a sense of history, and of the skill and painstaking art of master craftsmen. A 45˚ angle on the grain of the box is a deliberate technique to draw the eye and hand towards the stainless steel trim, tempting the user to open the box. Like peeling back the layers of history, a second box appears, crafted from the same natural oak. A window offers a mere glimpse of the prize inside, but opening the box reveals the treasure within; a dark, masculine suede frames the luxurious elements, which emerge as if from the mists of time.

The Brollach’s vessel offers a determined, confident silhouette as it sits securely on an oak plinth. Solid and strong, the bottle protects the liquid gold within. Silver detailing and an engraved label continue the respect for the ancient crafts, while an obsidian stone crowns the bottle.

Few products have such a personal story, and to have been entrusted with such an important design was an honour of the highest degree.

Launched on Father’s Day 2021, The Brollach is a prize whiskey that won its first award just a month later. Two prestigious Master medals from The Spirits Business Irish Whiskey Masters and Luxury Masters have set The Brollach on the same award-winning path as The Devil’s Keep.

THE STORY OF THE BROLLACH

The Brollach is a whiskey with a tale to tell. A tale of history, of family, and the vision of a father and son. It is a bold reimagining of Irish whiskey; rooted in and respectful of tradition, but unafraid to chart its own path. The Brollach is past, present and future in one.

Inside The Brollach’s raw oak box lies the carefully conceived accompaniments to raise the experience to its peak. Two Finn glasses allow you to raise a glass with a companion, after delivering the perfect drop of water from the anodised silver and glass pipette. The drawer opens to reveal four obsidian whiskey stones, a vial of Irish Spring water and one of The Brollach, allowing you to taste the rare Irish craft whiskey while saving the main bottle as an investment. 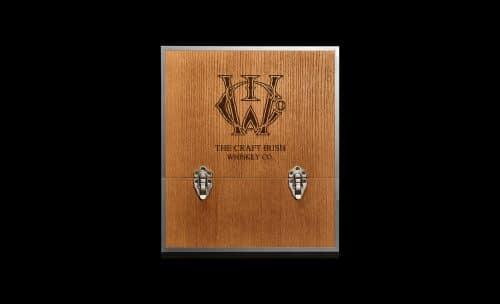 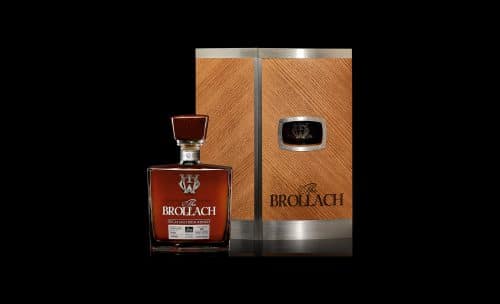 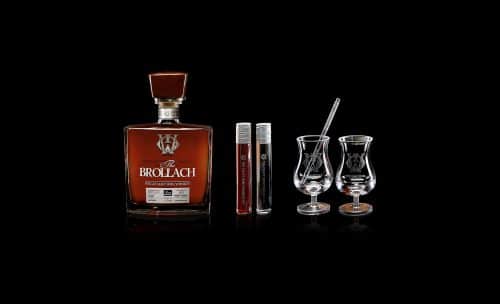 EXPERIENCE THE WHISKEY OF A LIFETIME

COMPLETE THE FORM BELOW AND A CRAFT DIRECTOR WILL BE IN TOUCH TO DISCUSS ADDING THE BROLLACH TO YOUR COLLECTION.