Top Michelin stars and celebrity chefs including President of the Royal Academy of Culinary Arts and TV personality Brian Turner CBE, best-selling author and star of ITV’s award-winning Saturday Morning, James Martin, Executive Chef of London’s most iconic hotel, The Ritz’s John Williams MBE, and Galton Blackiston, finalist on Great British Menu and holder of a Michelin star for 24 years consecutively, enjoyed a world class golf and whiskey experience at the world-renowned Old Head Golf Links as part of the record-breaking whiskey brand’s ongoing support of the hospitality industry. The Craft Irish Whiskey Co. hosted the Golf Classic in partnership with World Young Chef Young Waiter, which promotes hospitality as a career of choice, building the future of the hospitality industry by celebrating young chefs and waiters across the world. The Hospitality Golf Classic aims to raise awareness for WYCYW and its annual competition to honour those young chefs and waiters, which recently crowned the winners of its England competition who will now advance to the the World Final in Monaco where they will join finalists from eight countries.

In what will be an annual event, the chefs played on the world-class Old Head Golf Links, which occupies the stunning and unique headland of the Old Head of Kinsale, reaching out over two miles into the Atlantic Ocean, and is one of the most picturesque golf courses in the world as stated by The Times. The Club has developed into one of the most recognised and sought-after golf experiences anywhere on earth with the finest in personalised service, and has been a partner of The Craft Irish Whiskey Co. since 2020. The Craft Irish Whiskey Co. is raising the profile of Irish whiskey, one carefully crafted single malt at a time and its partnership with the Old Head Golf Links is part of the company’s dedication to creating the perfect whiskey experience to surround its ultra-rare single malts.

Jay Bradley took guests on a journey of the rarest, luxury Irish whiskeys of distinction from the ultra rare, The Devil’s Keep, judged world’s Best Irish Single Malt at the World Whiskies Awards 2022, to The Brollach, Master medal winner at the Luxury Spirit Masters 2021, as well as the world’s first and only Port & Chestnut finished whiskey, The Taoscán. Water was provided by Hallstein Water, found by The Craft Irish Whiskey Co. after a three year search to be the purest water in the world and the perfect complement to break open the whiskey’s spherical micelles that trap the flavour compounds, thereby releasing even more flavour. As part of the experience, the world’s oldest and rarest triple distilled Irish single malt, The Emerald Isle, was also on display. One of the seven collections of The Emerald Isle is dedicated to the Old Head of Kinsale, the picturesque setting for the Old Head Golf Links. In addition, attendees enjoyed a specially created cocktail ‘The Old Head Fashioned’ made using The Craft Irish Whiskey Co’s upcoming release, The Donn, as part of an exclusive preview of its forthcoming launch.

The Craft Irish Whiskey Co. and the Michelin-starred celebrity chefs who took part in the Hospitality Golf Classic are a natural pairing; like a Michelin-star chef, The Craft Irish Whiskey Co. starts with the finest distillate, crafted from Ireland’s natural bounty. But unlike many, the craft does not end there. When the vast majority of whiskey’s final flavour is controlled by the cask, the distillate is important, but the barrel craft has far more bearing on the final product. Like a chef, the alchemical mastery of wood, flavour and craft transforms a premium distillate into an exceptional whiskey.

The Craft Irish Whiskey Co. Founder, Jay Bradley says, “The Craft Irish Whiskey Co. is dedicated to elevating Irish whiskey and creating the perfect whiskey experience. Our ultra-rare single malts are now featured in more Michelin-starred restaurants than any other Irish single malt and we work closely with those establishments to offer guests an experience like no other. So bringing those exceptional chefs together in celebration of whiskey and hospitality at the spectacular Old Head Golf Links is a great honour and one we look forward to repeating year after year”.

John Williams MBE from The Ritz London comments, “The Hospitality Golf Classic hosted by The Craft Irish Whiskey Co. has been an exceptional experience. Old Head Golf Links is the best golf course I’ve ever played on and the whiskey tasting… well they were whiskeys like no other I’ve ever tried. As a chef I am blown away by how The Craft Irish Whiskey Co. works. You get all of these flavours flooding through as you would when building the components of a dish. The way they operate with their casks to achieve this is amazing. I want to taste their whiskeys again as soon as possible!”

“We had just the most amazing two days at the inaugural Hospitality Golf Classic – golfing with some stunning chefs and with our most incredible partner The Craft Irish Whiskey Co.. James Martin was the ultimate Hospitality Golf Classic Champion. Maybe one day it can be me!” says World Young Chef Young Waiter Chairman Robert Walton MBE. “We look forward to seeing everyone next year with The Craft Irish Whisky Co..”

Galton Blackiston, Owner and Chef Patron of Morston Hall also says, “The golf course, the hospitality, the whiskey at the Hospitality Golf Classic is unique. The Craft Irish Whiskey Co. is second to none – I’m definitely going to make their whiskeys work with food pairings at Morston Hall!”

“I’m not a whiskey aficionado so it was amazing to get the knowledge from Jay and the guys from The Craft Irish Whiskey Co. at the Hospitality Golf Classic. A great game of golf and great whiskey, I feel privileged and lucky to be invited”, adds Paul McDonald, Head Chef and proprietor of Bastion.

Ricki Weston, Executive Chef at Whatley Manor, continues “The Hospitality Golf Classic is just ‘wow’. I’m very thankful to Jay and The Craft Irish Whiskey Co. for setting this up. At Whatley Manor we’ve recently taken The Taoscán, a phenomenal, unique flavoured whiskey that is selling really well for us. To be able to taste the others from the company’s range at the whiskey tasting is very special.” 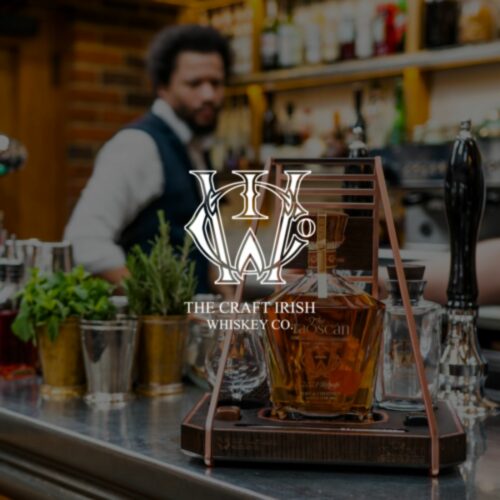 The Taoscán is now available online and at the bar! 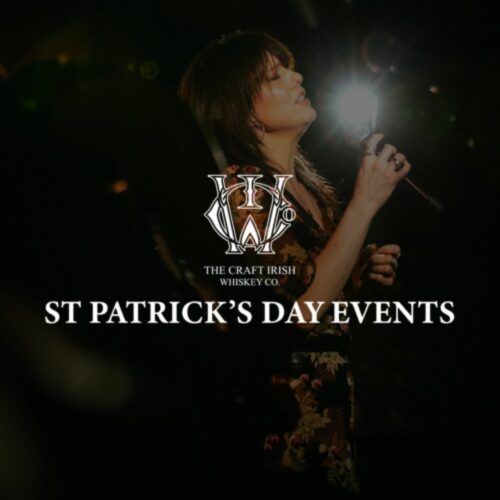