Our Chief Design Officer, Tiago Russo, personally invited to meet the President of Portugal as the world’s #1 luxury designer in recognition of his service to design and Portugal.

Following on from recent historic wins at the A’Design Awards that cemented his reputation as the world’s #1 luxury designer, The Craft Irish Whiskey Co.’s Chief of Design, Tiago Russo, was personally invited by the President of Portugal to meet him as part of the celebrations of the Day of Portugal on 10th June. The meeting was dedicated to the cultural community, with the best Portuguese artists, musicians and actors, and Tiago was chosen to represent design. Visit our Whiskey Vault to see Tiago’s award-winning designs, including the world’s #1 luxury design of 2022, The Emerald Isle.

During his visit, the President met with the most successful Portuguese citizens abroad, to congratulate them on their achievements. Tiago was personally invited by the President and spoke with him, Portuguese ambassadors and top ranked state representatives about his work with The Craft Irish Whiskey Co. The President praised Tiago’s successes, awards and recognition, as well as the recent opening of The Craft Irish Whiskey Co.’s design department in Lisbon, which has brought jobs and opportunities to the country. He also praised Tiago’s return to Portugal, bringing a skill set obtained abroad and passing that knowledge to Portugal’s young designers.

Commenting on the meeting, Tiago Russo said “It was an absolute honour and a privilege to be invited by the President himself, and to be able to speak to him and some of the highest Portuguese representatives about my career so far; design, awards, whiskey and the added value of using my skill set and know-how to bring it back to Portugal and further develop the design field in my native country. This truly represented a unique moment in my years as a designer, and one of the highlights of my career, to see my own work highly recognised by my country.”

Tiago’s personal invitation from the President of Portugal came after his recent wins at the prestigious A’Design Awards; a perfect score to win Platinum for The Emerald Isle, a Gold for The Taoscán – only the second single malt to win Gold, the first being The Devil’s Keep – and a rare Limited Edition award for The Aodh. These unprecedented wins made Tiago Russo the world’s number one designer and his personal invitation from Portugal’s President, his Excellency Marcelo Rebelo de Sousa, was recognition of this achievement.

Tiago Russo is the world’s number one luxury product designer, with an exceptional award-winning portfolio that includes the world’s most respected brands. This impressive portfolio spans the luxury lifestyle domain from spirits to cosmetics, automotive to timepieces including: The Macallan, Dewars, The Dalmore, Craigellachie, Bacardi, Louis Vuitton, Patek Philippe, Coty Inc. and McLaren, to name a few. His background is in supercar design and he cites Pagani as an inspiration. 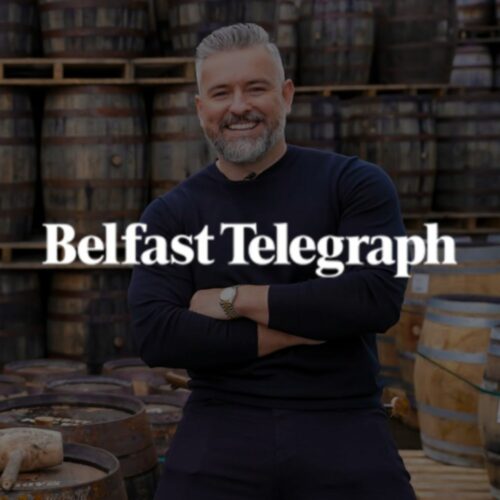