While The Devil’s Keep sold out in record time when we launched in December 2020, we’ve recently been able to make a  limited run of bottles available to purchase only at Selfridges, at both its London store and online at Selfridges.com. The Devil’s Keep is joined by The Brollach and The Taoscán in our exclusive partnership with this famed retailer.

Whiskey collectors and connoisseurs who missed out when it was first released can now find the previously sold out and award-winning, The Devil’s Keep, at Selfridges. But there are just 12 bottles available in store and online, so yet again, you’ll need to be quick. The Devil’s Keep is an ultra-rare, triple distilled, 29.9-year-old single malt whiskey. Recently judged the world’s Best Irish Single Malt, this ultra premium whiskey is also available by the glass in select Michelin-starred and upscale venues, including Alain Roux’s The Waterside Inn, Jason Atherton’s City Social and Pollen St Social, and Frog by Adam Handling.

Within three months of its launch, The Devil’s Keep achieved the world record for the most expensive inaugural whiskey release ever at auction at USD $60,000 (almost £46,000 and €51,000). It was also judged to be the world’s ‘Best Irish Single Malt’ at the World Whiskies Awards 2022 and made history in 2021 as the only spirit to have won the highest Gold at the prestigious A’Design Awards. It was aged in 200 litre ‘first fill’ American Bourbon oak casks, then finished in rare French Oak barrels that had once held Tawny Port, before a final finish in Virgin Hungarian Oak, making it the finest whiskey that Ireland has ever created, and also a discerning and legacy investment. The Devil’s Keep’s experience box also reveals two expertly engineered Érimón glasses, scientifically designed to remove the ethanol vapours that burn the nose and hinder the appreciation of the whiskey. Semi-precious obsidian whiskey stones, a 24k karat gold water pipette and an atomizer containing the essence of the whiskey captured by expert perfumer, Sarah McCartney, complete the perfect whiskey experience designed by The Craft Irish Whiskey Co.

With rare bottles of whiskey maintaining their place as the best performing collectable of the past decade, increasing in value by 478% according to the Knight Frank Luxury Investment Index, The Devil’s Keep has proven popular with collectors and whiskey lovers alike.

It will be joined by The Brollach, with a limited number of bottles available in store and online. Launched in June 2021, it was our third release with a limited 661 bottles of ultra-rare, double-distilled, single malt whiskey, matured for two decades. It was aged in 200-litre American Bourbon casks, for a deep oaky flavour and then finished in 128-litre rare French Oak Madeira barrels. As with each of our ultra rare releases, the whiskey is tasted regularly rather than simply waiting for an age statement, allowing it to be bottled at its peak. Years of maturation imparted flavours of honeysuckle, butterscotch and caramel to create a whiskey that is unmistakably masculine and intimate, with a fresh and intense profile.

Inside The Brollach’s oak experience box lies two Finn glasses, the result of 18 months of research and testing to create a whiskey glass that would enhance the whiskey by removing the ethanol vapours. As part of the perfect whiskey experience, the Nordic Oak box contains a silver and glass pipette, four obsidian whiskey stones and a vial of The Brollach, allowing whiskey connoisseurs to taste the rare Irish craft whiskey without opening the bottle. In 2021, The Brollach won a top Master Medal at the Irish Whiskey Masters of The Spirits Business Awards, before then winning another coveted Master Medal in the Global Luxury Masters, which recognises and rewards exceptional luxury spirits from around the world.

A whiskey close to Founder Jay Bradley’s heart, it has been named after the O’Brollachans, the ancient rendering of the Bradley name, to represent their Irish heritage, lineage and craftsmanship.

We’ve also made a limited number of The Taoscán Collector’s Edition available to Selfridges. For those who don’t want to break into their Collector’s Edition, The Taoscán is widely available to drink in Michelin-starred and other prestigious bars, hotels, golf clubs, and venues across the UK and Ireland. These include Restaurant Gordon Ramsey, The Waterside Inn, Le Manoir and Tom Kerridge’s The Hand & Flowers.

Our fourth release, The Taoscán was launched in October 2021 and is the world’s first and only Port and Chestnut finished whiskey. This triple distilled, ultra-rare single malt was awarded Gold at The A’Design Awards 2022 and Silver at the World Whiskies Awards 2022 for Best Irish Single Malt across all age categories. First distilled in 2006, The Taoscán takes its name from the original Gaelic word for a small measure of whiskey, the original term before the Scottish word ‘dram’ took over in popularity. It has been triple casked – first for 11-and-a-half-years in Bourbon casks, followed by a further one-and-a-half years in Oloroso Sherry casks, before being divided between a wide range of barrels, including Tawny Port and Chestnut Casks for two years. Regular tasting revealed that Port and Chestnut casks had reached perfection first but in an experimental moment, the two were blended together to create a groundbreaking new whiskey and a world first.

The use of Tawny Port and Chestnut Casks is the first time a whiskey has been aged in such a way. While Scotch whisky can only ever be matured in oak, Irish distillers can use any style of hardwood cask and have more freedom to experiment with the flavour imparted by these casks. Nevertheless, no other Irish company has attempted this style before. The result is a one-of-a-kind whiskey that is smooth and viscous, imparting banana and pecan scents on the nose, followed by rye spice on the mid palate, with a medium to long finish of toasted chestnuts. The Taoscán Collector’s Edition experience box features two Finn glasses, which are scientifically designed to enhance the whiskey’s flavours, along with the copper and glass pipette which delivers the optimum droplet of water to release the full complexity of its rich notes.

Jay Bradley, Founder of The Craft Irish Whiskey Co. comments: “For many years Scotland has dominated whiskey through the sheer breadth and depth of its offering. There has always been a gap in the market for ultra-luxury Irish whiskeys. Born from a conversation with my late father, The Craft Irish Whiskey Co. has a single mission: to create the finest whiskeys Ireland has ever made and to redefine global perceptions of luxury, while building a legacy.

“Less than two years since The Craft Irish Whiskey Co. introduced its first whiskey, as a business we have succeeded in taking Irish whiskey into a new top-shelf, ultra-luxury category. We’re delighted to be able to share a limited run of some of our rarest, award-winning bottles, from the original inaugural release. The range will be available exclusively at retailer Selfridges for whiskey lovers and connoisseurs to enjoy, amongst some of the top whiskey brands in the world.”

The Devil’s Keep, The Brollach and The Taoscán are available to purchase in store and online at Selfridges whilst stocks last. The Devil’s Keep will only be available through Selfridges, whilst the rest of the portfolio is also available at https://craftirishwhiskey.com or by speaking with a Craft Specialist. They’re also available by the glass in select venues across the UK and Ireland, including Alain Roux’s The Waterside Inn, Frog by Adam Handling and Jason Atherton’s City Social. 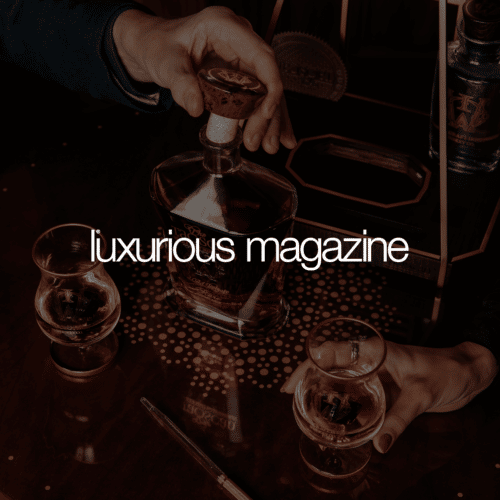 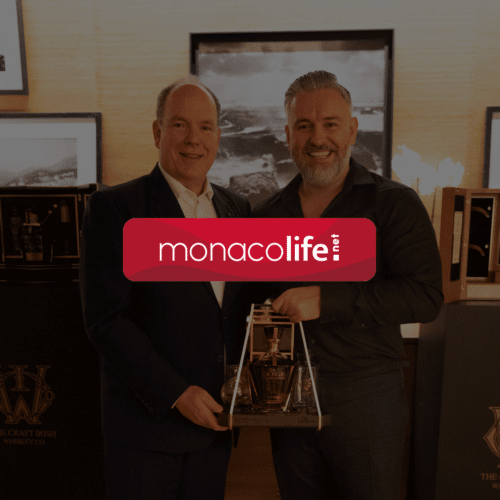 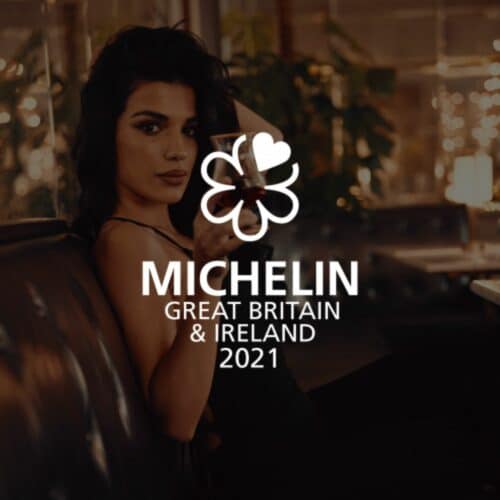 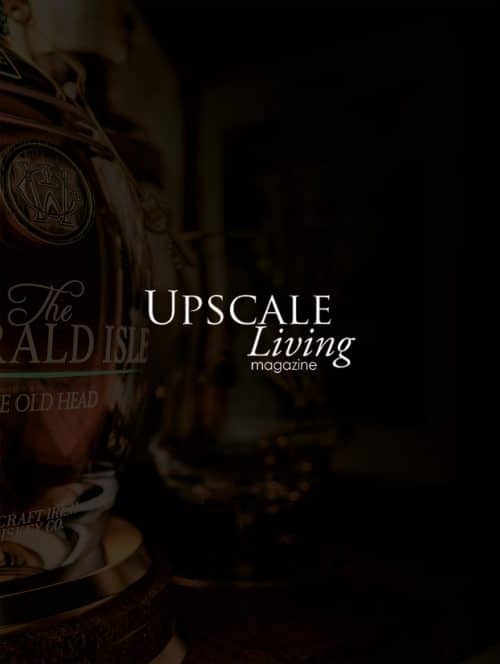