When it comes to whiskey, we all have different styles we favour, and different ways we like to drink it. And those differences continue when it comes to investing in whiskey. Do you favour buying wholesale cask whiskey, or rare bottled whiskey as an alternative asset investment? Here we explore the differences and benefits of each so you can decide which option is best for your portfolio.

Why Invest in Cask Whiskey?

Whiskey cask investment is a relative newcomer to the alternative investment market, but its popularity shows no signs of slowing down. As traditional markets still struggle with the fallout of the Covid-19 pandemic, world conflicts and soaring inflation, savvy investors are turning to alternative asset investments to diversify their portfolio.

In the last two years, despite the global uncertainty of the financial markets, investment in cask whiskey has continued to grow. This is in large part due to the advantages of cask whiskey investment over more traditional investments, such as stocks and shares, particularly in the current economic climate. As whiskey is not directly tied to any financial markets, it is not as affected by turbulence such as economic recessions. Nevertheless, supply and demand definitely play a role which makes it a tempting option at the moment.

With production of whiskey ceased or drastically reduced throughout 2020 and 2021 due to Covid restrictions, what was produced is now exceptionally rare, and as we’ll discuss later, this can be a cause of growth. But it’s not just the 2020/2021 stock that was affected by those turbulent years. The drop in production continues to affect the value of stock produced in 2022, with an increased demand for 2022 stock due to the lack of 2020/21 stock.

Furthermore, with rising shipping, barley and fuel costs forcing prices up, many distilleries increased their prices by 20% in response to further increases of gas prices. This is an upwards trajectory that looks set to continue.

Whiskey casks are also asset-backed, with investors purchasing an asset which they will own. As we show below, the value of the whiskey is largely determined by its age and brand and may increase over time.

H3. Why do distilleries sell their product?

After a distillery has produced its new make spirit, it must go through a whiskey maturation process for at least three years, but ideally 5-10 years. This process is capital and labour intensive, without any immediate return for the distillery. To raise capital, a distillery will sell a proportion of their casks to individuals or funds.

How does whiskey barrel investment work?

The initial whiskey cask investment cost varies, depending on the brand, quality, rarity and number. But when purchasing through a reputable company which is WOWGR and EX64 regulated, such as Whiskey & Wealth Club, cask whiskey investment provides an asset backed investment with all costs included. This means that, once purchased, the casks are stored in a government bonded warehouse and are fully insured. The ownership and titles are then given to the investor as the asset owner. The insurance on each 200-litre cask whiskey increases year on year in line with the value.

What whiskey cask investment returns can you expect?

It goes without saying that the whisky cask investment returns can vary, as with any investment. Whiskey & Wealthy Club research has found that expected returns range depending on the length of the investment, but based on today’s prices, an investor would see returns of 16.1% p/a or an annualised ROI of 10.11% p/a. They base this on a purchase price of £12,600 per pallet of whisky. A pallet contains 6 casks, therefore a cask price is £2,100. Using today’s exit price on a pallet of 10-year-old non branded single malt Scottish whisky at £33,000, the total ROI is 161.90% over 10 years. The investment gain is £20,400 on top of your initial £12,600. Given the 10 year hold time, an annualised ROI to help compare against shorter-term investments, this equates to 10.11% per annum.

What are the risks in buying cask whiskey?

As with any investment, an element of risk exists when investing in whiskey barrels, and even the best whiskey investment cannot guarantee returns.

Why Invest in Bottled Whiskey?

For the answer to that question, look no further than the Knight Frank Luxury Investment Index which shows, year after year, that investing in whiskey bottles has become one of the most popular alternative investment opportunities. In fact, not only does rare whiskey top the list, it sits far beyond all other asset investments, including the more ‘traditional’ asset investments, including wine, art and jewellery.

The Knight Frank Wealth Report 2021 found the following increases in value over the past decade:

It’s clear from the Knight Frank Wealth Report 2021, that whisk(e)y had outperformed all other asset investments in the past decade. While bottles of whiskey from The Craft Irish Whiskey Co. rarely come up at auction, their resale value shows the benefits of investing in rare whiskey. A bottle of the inaugural release, The Devil’s Keep, sold at auction seven months after purchase for £11,000, a 32% jump. And The Brollach was recently sold at auction for £6,100, meaning a 33% increase in just eight months.

While whisk(e)y has always been popular in the West, its popularity in Asia is growing, driven by a younger, affluent generation. At a recent Sotheby’s auction of rare spirits, 80% of buyers were Asian and 60% were under 40 and this trend is seen across the world, from India to Africa. But as whisk(e)y gains popularity globally, prestige and premium bottles are going to become more scarce – and more valuable.

We’ve all heard of The Macallan, and traditionally the growth of whisk(e)y has been found in Scotch whisky. But with The Macallan Fine & Rare 60 year old having been knocked from the top spot by The Emerald Isle, those in the know are looking across the Irish Sea.

Many are unaware that Ireland was once the world’s leading producer and exporter of whiskey, with sources such as Forbes noting that over 70% of all whisk(e)y sold globally in the 19th century was Irish (some historians suggest it was closer to 80%). Global events saw production stall during the 20th century and it’s only just catching up. So demand hugely outstrips supply.

In fact, a recent report by Drinks Ireland predicted that sales of Irish whiskey in the US could overtake Scotch over the next 10 years and it’s also seeing huge growth in the Asian markets with the Central Statistics Office noting the value of Irish whiskey exports to India in 2021 was up 106% compared to 2020. Add that demand to the drop in production in the 20th century and the growth of blends and mass-produced whiskeys, and you find a distinct lack of the aged, carefully crafted single malt whiskey so highly prized by these markets.

What’s the Best Whiskey to buy for Investment?

Only you and your financial advisor can determine the best whiskey to buy as an investment for your portfolio. But when looking at both cask whiskey and bottled whiskey, there are some general rules to follow that may help boost the return on your investment.

If you’re looking at purchasing cask whiskey or rare bottles, it’s worth bearing in mind that not all single malts are created equal. A whiskey barrel or a bottle from a premium, luxury brand carries the heritage, name and prestige as well as the provenance of production by a master distiller. A mass-produced cask or bottle, on the other hand, has less inherent value simply by being less rare and of a lower quality. There’s an accepted hierarchy within the whiskey industry and this can influence your investment’s potential future value.

As we’ve alluded to above, rarity often goes hand-in-hand with premium brands. While a top shelf branded whiskey from a known name may appreciate in value, it’s likely to do so to a lesser degree than one from a luxury or small-batch producer. With luxury casks and bottles crafted to the highest standards by master blenders, these are the savvy investments but are often the scarcest – which can contribute to appreciation over time.

When it comes to rare whiskey bottles, age is less important. As The Craft Irish Whiskey Co.’s Founder, Jay Bradley states, the age of a whiskey is often more of a marketing tool than an indicator of quality. In fact, it can often be the opposite, with a whiskey left in the barrel to reach an age statement taking on too much of the barrel’s character rather than being bottled at the moment of perfection.

But when it comes to cask whiskey, age does matter. The majority of whiskeys are sold before they reach ten years of maturity, with the majority being bottled after just three years. This is done for matters of economy – while the whiskey lies in its cask, it is a cost to the distiller and won’t earn an income until it’s bottled and sold. With only a small proportion of a distillery’s output being allowed to mature into the finest premium spirit, these mature casks become increasingly scarce and, as we’ve seen above, rarity can cause an appreciation in value.

Cask or Bottle: a winning combination

Of course, when it comes to choosing a whiskey to invest in, perhaps the smart answer is both? Rare bottles and cask whiskey both have their benefits, and risks, and as any canny investor will tell you, spreading that risk is key to a successful investment portfolio. So why not check out the rare bottles on our Whiskey Vault, and discuss your options for cask whiskey investment with an Account Director at Whiskey & Wealth Club. 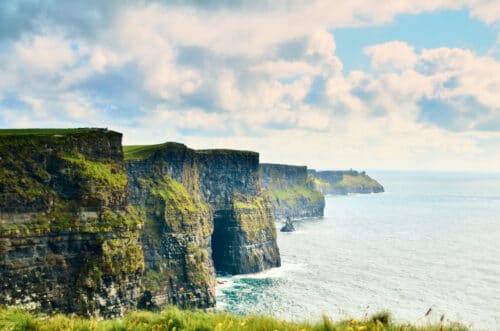 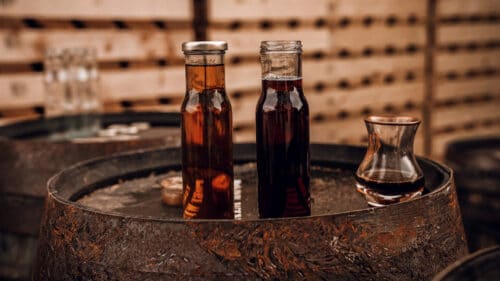