Why do we under-fill our barrels?

It’s a good question. Why do we under-fill our barrels when this means more barrels, more evaporation and more whiskey storage – all of which equal more expense? It’s because, for us, crafting whiskey is about so much more than profit. It’s about throwing everything we have – time, knowledge, energy and money – into producing whiskeys more perfect than anything that has gone before; more complex, more rounded, with a rich viscosity and carefully balanced flavour profiles that delight and intrigue.

Storing whiskey in under-filled barrels is not cost-efficient. It is not a method used by the established distillers who prioritise profit over perfection. But for us, it’s a non-negotiable way of delivering exceptional whiskey maturation. And it’s a method that has seen our inaugural release, The Devil’s Keep, judged world’s Best Irish Single Malt, just 18 months after its release. Read on to find out how this trailblazing technique contributes to the depth of flavour and mouthfeel that has judges united in praise.

Why is whiskey stored in barrels?

Whiskey can only be called such if it has spent at least three years in wooden casks. Single malts will generally have spent over ten years in the barrel. With much of the flavour, not to mention colour, of whiskey being drawn from the barrel, the whiskey’s time in that barrel is not one to rush or economise on.

During its time in the barrel, the whiskey interacts with the wood and takes on flavour and character. We thoroughly and meticulously toast our barrels to release the vanillin, tannins, and lactones and to caramelise the wood sugars that impart the rich, rounded notes of maple syrup.

While many larger producers will place the whiskey in a 200l barrel and leave it in a warehouse for a set amount of time, we feel this ignores the craft of whiskey making. We approach whiskey making as an art. From the size of the barrel to the type of staves used, the spirit it had once held to what happens during its time in the barrel, The Craft Irish Whiskey Co. considers every aspect of whiskey production and flavour formulation.

What is whiskey maturation?

But the whiskey’s time in the barrel is about more than flavour, it’s about creating the viscosity, or mouthfeel, that characterises Irish whiskey. To explain why we under-fill our barrels, we need to look at what maturation is.

New make spirit off the still isn’t particularly palatable and must be left to ‘mature’ in a wooden barrel for at least three years – by law. During maturation, chemical reactions occur between the alcohol and the wood. The wood draws out the less desirable compounds of the spirit, while imparting compounds that give whiskey its flavour, including vanilla, toffee and oak.

Over the years, some of the alcohol and water in the whiskey evaporates out of the cask. This is the ‘Angels’ Share’. As alcohol is more volatile and lighter than water, it evaporates more quickly so the alcohol content of the whiskey decreases by 0.2% to 0.6% annually. This evaporation allows oxygen into the barrel, and it is this oxidation that creates the chemical reactions that lead to the creation of a multitude of new compounds, adding a complex aroma spectrum in the whiskey and allowing the whiskey to mellow year-on-year.

This process of oxidation is ongoing, with the flavour compounds reacting with oxygen, and oxygen becoming part of those compounds, modifying them to create new aromas and notes. While air can also enter through the staves and into the liquid, the oxygen in the headspace has the greatest impact. This is why The Craft Irish Whiskey Co. questioned the accepted norm that saw other whiskey makers filling their barrels to the brim.

For reasons of cost efficiency, most whiskey companies will fill their barrels to the top. This means less space used in the warehouse and fewer barrels. However, it also means a two to three year wait for the ‘Angels’ Share’ to evaporate and create enough headspace in the barrel to allow in oxygen. It’s only when this space has been created that oxidation can trigger whiskey maturation.

We feel that waiting two to three years for sufficient evaporation to allow in oxygen and trigger those chemical reactions was a false economy. It may require less whiskey storage space and fewer barrels, but that comes at the cost of flavour, aroma and mouthfeel. It was a process that could be improved upon with innovation.

How The Craft Irish Whiskey Co. is different

Traditionally barrels are filled to the brim. However, for whiskey maturation to begin there must be enough headspace for oxygen to exist within the cask. By filling the barrel to the top, the master blender has to wait up to several years before this space can be opened through evaporation. We saw this could be changed.

By under-filling our barrels, the alchemy of wood, spirit and oxidation begins at once, triggering whiskey maturation from day one. This allows the whiskey to take on far greater complexity, smoothness, and viscosity over the same period of time as a barrel filled to the brim.

Under-filling a barrel allows the oxygen to get to work straight away, encouraging the complex interaction between oak and spirit. But the process involves a great deal of precision. Our talented team of whiskey maturation specialists have skilfully landed on the sweet spot, wherein the richest flavours in the distillate can begin their slow, steady development without waiting for the Angels’ Share to sip away the top layer of liquid. Those thirsty angels will still have plenty of time to enjoy the juice as it ages, however. After all, you can’t rush perfection. Our scientific approach merely gives us a head start in the right direction. And it’s a costly endeavour that no other whiskey distillery is willing to undertake.

The Craft Irish Whiskey Co. has reinvented whiskey maturation to put taste at the forefront. Part art, part science and way more expensive than the industry standard, our obsession with perfection justifies this as a price worth paying in our pursuit of true liquid gold.

The proof is in the tasting

Under-filling the barrels may not be the cheapest method, it may not be the most common method (those two are of course linked), but the extraordinary depth of flavour and creamy viscosity it helps create make it a price worth paying. And the proof is in the awards and dedicated following our single malts have gained in under two years.

From the world’s Best Irish Single Malt for The Devil’s Keep at the World Whiskies Awards, to the Silver and Bronze won by The Taoscán and The Brollach in the same category. From the world record-breaking price at auction of The Emerald Isle to the sold out inaugural release of The Devil’s Keep; our methods have created whiskeys that have already achieved collector status, an unrivalled achievement for a new company. Under-filling the barrels is a sure-fire way to create whiskey maturation magic from day one. As a technique drawn from our science-led vision and research-driven innovation, it’s just one of the ways we’re tearing up the rulebook to put Irish whiskey back atop the global hierarchy. 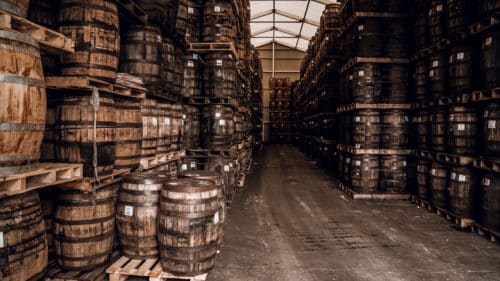 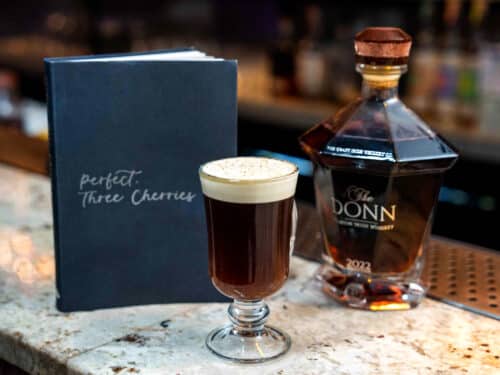 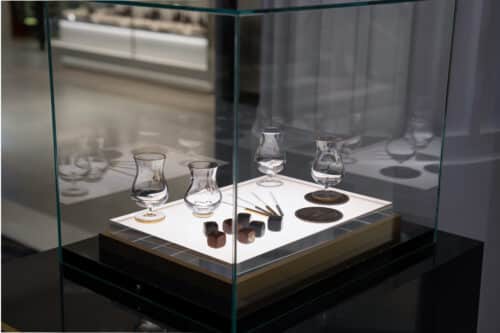